Selling to the Government: Why Do I Need to Bid an IDIQ Contract?

By Skip BlackburnApril 27, 2018selling to the government 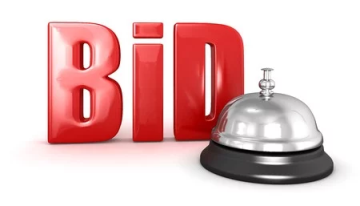 Of the thousands of acronyms utilized throughout the federal government, the intent behind this one is quite autonomous, regardless of agency. Indefinite Delivery, Indefinite Quantity (IDIQ) contracts have been a federal procurement option since the early 1990’s, but the last ten years have really experienced a significant increase in IDIQ contract strategies. The legal origin of IDIQ contracts is the Federal Acquisition Regulation (FAR) section 16.504(a) (48 C.F.R. 16.504(a)).  Historically, these contracts provide federal buyers with more options when procuring services, allowing them to issue delivery or task orders to a vetted group of contract awardees.

Although the IDIQ contract vehicle itself is typically structured under a base year plus option year(s) period of performance, delivery orders (DO) or task orders (TO and TOR), can range in length based on the appropriateness for the services requested. With budget limitations determined at the IDIQ level, business will often find awards to exhibit a minimum and ceiling award value.

The Purpose of IDIQ Contracts

| Learn More: How government sales is changing under the new administration

Let’s look at a typical procurement and how that works – a single award contract process.  A Command/Agency needs a product or service so they produce an RFP, release it to the public domain and potentially, thousands of companies submit a Response and the Government evaluates and selects one company to fulfill their requirements.  Simple.  Now, 4 months later, they need more equipment and service so they have to create another RFP and work through the RFP and selection process again.  What if they need more stuff 3 months later?  See the problem?

Now comes another Command/Agency and they know up front that they have many needs and unknown requirements over the next five years so they create an IDIQ contract.  There are two types of IDIQ contracts, (1) MA-IDIQ, Multi-award IDIQ; and (2) SA-IDIQ, Single-award IDIQ.  If the Government knows that their needs will require many companies with different products/solutions to solve their yet unknown requirements, then they release a MA-IDIQ RFP, generally with a specified number of expected awards, (some can be 3 while others can be hundreds), and evaluate the responses and select the awardees.   If the Government believes that one company/team can supply all their needs, they release a SA-IDIQ and award to only one company.

Why You Need to Bid an IDIQ Contract

The first reason is simple – the competition has been dramatically reduced and you always know who your competition is and what their strengths, weaknesses, opportunities and threats (SWOT) are and how you measure up. At the task order level, your administrative requirements for the Responses are much less burdensome – they already have reviewed your Capabilities, Management and Past Performance during the IDIQ stage…most TO’s are streamlined to look at how you will manage this TO, what your technical solutions will look like and what it costs.

From a growth perspective, IDIQs can provide an excellent platform for organic growth in terms of selling to the government. Think about it, even if awarded task orders are project-oriented – so the period of performance is shorter – your business has a platform for working multiple task orders, simultaneously achieving multiple past performance opportunities, potentially with a variety of federal customers. Your customer footprint has broadened significantly through the award of one IDIQ contract.

Drive Business to the IDIQ

So you’ve won an IDIQ, great news!  Now, how much revenue did you just win?  Well, none.  They call that an “empty bag”.  There are two ways to make money:  (1) wait for the TO’s to be released and respond to as many as you can that fit your companies talents, and (2) you can talk to the customers using the IDIQ and find out what projects they are thinking about running under this IDIQ and try to shape the TO before it gets released.

The key is that you’ve now garnered the opportunity to use that contracting vehicle to your advantage. Utilize your networks, agency contacts, and drive business to that IDIQ.

Many government customers are willing to place an opportunity on an IDIQ vehicle, if there is a strategic business decision to do so. Help them with this strategy. Advocate for your IDIQ award, respond to task order requests, and continue to market yourself as you did to become an awardee in the first place. Many small businesses have outgrown their small business designation specifically due to their ability to utilize IDIQs. You can too – it’s not an anomaly, it’s an outstanding methodology for business growth.