Government Contractors: How Should You Hire a Sales Rep? 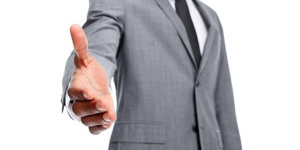 Acquiring valuable sales talent can be a challenge for government contractors. Sales in the federal marketplace is a much different animal than commercial sales. Whereas the end goal is likely the same (sell), the strategy and technique are much different. Given this uniqueness, there are areas that a business must assess when reviewing candidates, and these vary slightly based on the position and level in which they are being hired.

When reviewing and interviewing candidates for senior level positions, look for significant experience in the Command or Agency you are trying to support.

Equally important is their sales history; ask about their wins!

And, although no one wants to talk about the losses, it’s important to ask about them as well. No one wins everything they bid on; there will always be losses. What’s important is for the individual, and the company, to understand the loss, and apply what they’ve learned to the next capture and proposal.

Mid-level personnel are just as necessary as senior level candidates. They’re often the individuals that are bringing all of the pieces together from the senior level and junior level efforts. Understanding of the Capture process plays a significant roll in the success of this position. As you’re continuing to shape and train them for senior level roles, they can be utilized in numerous capacities.

Lastly, yet of no less importance than the previous positions, are those junior level individuals. These are the newbies to the federal space, often eager to learn and be successful in a sales environment. When reviewing for junior positions, look for experience on helping with deals.

Test their level of comfort in an interview setting. Ask them to stand up and give a thirty-second elevator speech on something they know a lot about. See how they react. It’s an excellent gauge to determine those quick-thinkers who would do well in situations in which they’re unprepared.

Once government contractors hire a sales rep, be they Junior, Mid or Senior Level, it may often be difficult to determine how much independence you want your sales reps to be able to have. Let me tell you; they should be allowed independence, but made to be accountable. Let them do what they do best (sell), but be sure that they keep you abreast of all of their actions. This isn’t to say that you need to meet every day, after all they should be inputting all of their progress into your CRM or Pipeline Management System.  But regardless of what you decide as communication best practices, you should have some idea of their progress.