The Most Common Types of Government Contracts

By Skip BlackburnMarch 11, 2018government contracts, selling to the government 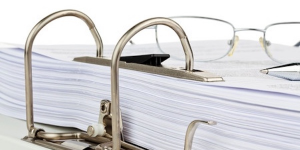 When you first delve in to the world of Government contracting, it can be overwhelming. Rarely is it as easy as, say, having new carpet installed in your home. In that case, the seller provides a quote, you agree to the terms, new carpet is installed, and you pay the invoice. Done.

There is a reason the Capture Management process and procurement process aren’t that simple. Often times the government customer wants high-end, super plush carpet for an economy carpet price. They also want it in four different colors, and in rooms with fourteen closets. And to top it all off, it needs to be completed over the holiday weekend, only using two security-cleared installers with ten years of experience.

Okay, we’re getting a little carried away here; the true takeaway is that there are any number of different scenarios, requirements, and business objectives that contribute to the need for a variety of types of government contract awards.

Historically, single source awards have been the primary award technique utilized by the federal government. Just as the name implies, this is a contract awarded to a single company, after an extensive competition to determine the best value to the Government, to perform a service or deliver a product for a specific dollar value. These requirements are typically well defined, and the government has a solid understanding of what they need.

Sole source awards are similar in that they too are issued to one company. However, these types of awards are not competed in the federal space. Some of the contracts are the result of responses to a Request for Information (RFI) that was published by the government. In sole source awards, the government must be able to justify removing the requirement from competition, (through the J&A process), due to the delivery restrictions or capabilities of the particular awardee. Perhaps they are the only company who maintain a specific software solution, or they develop patented radar systems created specifically for military specifications. There is some unique capability of the company that justifies the award specifically for them.

| Learn More: How government sales is changing under the new administration

Although single source awards are still an often-utilized method, Indefinite Delivery Indefinite Quantity (IDIQ) contracts are becoming more widely employed. Due in part to strategic sourcing initiatives, coupled with the increase in technology-based procurement, the government is able to utilize IDIQ contracts in situations where they aren’t able to fully define the requirements or specifications to meet their needs.

These are regularly seen in software and research and development (R&D) requirements, however, many agencies are beginning to utilize IDIQ contracts for many types of services and commodities. These contracts have a ceiling (maximum) value that can be awarded throughout the life of the contract, and are structured on a task-order basis.

Because of the varying use for IDIQs, they can be issued as a single award, which means that a sole business will receive all of the task order requests under the contract, or, and a seemingly more common use for IDIQs, is a multi-award where several to many companies are awarded contracts. Once awarded, the companies then compete at the task order level. Multi-award IDIQ contracts are often agency-wide, with some of them providing acquisition vehicles for multiple agencies to place task orders against.

Lastly, for businesses who are engaged in applied research and development, the government will utilize a Broad Agency Announcement (BAA). Scientifically based, these are contracts used to help further knowledge and understanding of specific areas of interest. These contracts rarely result in a viable product being delivered at the close of the contract period, but provide for further advancement of scientific studies for the government.

Cost Plus Incentive Fee – CPIF – A cost plus incentive fee contract is one where the vendor is reimbursed for costs incurred plus fee based on a formula tied to costs. The fee formula can vary and is normally designed to encourage the contractor to keep costs down.

Cost Plus Fixed Fee – CPFF – A cost plus fixed fee contract reimburses the contractor for the cost incurred to complete the work plus a negotiated fixed fee. The fee does not change based on cost of the work. Cost is calculated based on actual amounts paid for labor and materials plus fringes, overhead and general and administrative rates. Fringe, overhead and general and administraive rates are computed annually and reflect the actual corporate costs. Many government contracts are cost reimbursable.

Fixed Price Contract with Incentive Fee Target – FPIF – The fixed price contract with incentive fee contract is a firm fixed price type contract (as compared to a cost reimbursable). The fee can vary depending on whether the contract comes in above or below planned cost. These contracts do contain a ceiling price to limit the government’s exposure to cost overruns.