Myth vs. Fact: Government Contracting in this Fiscal Year 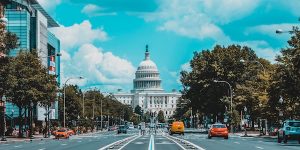 A lot of information circulates about government contracting. The media talks about billion-dollar government contracts, particularly in the defense industry, but that does not always translate into direct dollars pouring into your company.

With a new fiscal year in motion – with new prospects on the horizon – you will need to separate some of the most common myths from the facts about capturing your government contracts.

Myth 1: GSA is expected to release thousands of task orders in the first quarter.

Multiple large companies have confirmed this release, but it has not come directly from the Government Services Administration (GSA). The information is reliable, but a lot can change between intent and implementation. If these task orders do materialize on schedule, thousands of opportunities to bid may be coming up very quickly. With so much potential business in the pipeline, you need to be ready to meet that demand. Are you READY to scale quickly and manage that many Task Orders in a repeatable managed system?

Myth 2: All government spending will go up.

So, some programs will absolutely be increasing the spending, BUT, in order to not raise taxes too much, it is impossible for government spending to go up across all sectors. Some areas will see a big boost to government spending, but others might see shrinkage. The most likely areas for increased spending include:

Recently revealed issues with cyber attacks originating from other countries, clearly showcase the need for added attention to cyber security issues. With the new administration talking about a more aggressive military stance, the government is likely to order the three B’s, “Bombs, Bullets and Band-aids,” but a lot less in the way of administrative and social agencies like the EPA and others that don’t directly relate to the Military.

With healthcare spending minimization a big agenda item, you should expect to see less money earmarked for these areas. Another issue to watch for is the concept of “draining the swamp.”

From reducing corruption to getting rid of expensive government programs, this phrase may be applied to many government agencies through Washington. By reducing bureaucratic oversight, many agencies may see a much-reduced budget line, resulting in more competition for fewer contracts.

Things often move more quickly in business than they do in government. Even with a president who has a lot of business experience, government processes are likely to slow down implementation. Do not expect promised change to materialize overnight: The wheels of government grind slowly and only with the backing of Congress.

The first step toward making any campaign promises a reality starts with developing the budget, but the next step is actual approval. Even though some initiatives might be fast-tracked, the overall process is likely to take a long time.

Fact: Remember, predictions are not facts.

You cannot know what will happen with government contracts; all you know is what candidates promised during the election cycle. Many promises were made, but many may not make it to implementation. Task orders will be released in the first quarter, but the number of them remains unknown; it really is a waiting game to see what materializes, and how many of these opportunities will result in an actual award.

While you cannot know what will happen, you can be prepared. By looking closely at the areas most likely to garner big budget increases, you can start “Shaping” the deals you intend to pursue and tweak your capture management goals to adapt to possible changes. If you can anticipate likely government spending, you can stay ahead of the surge.