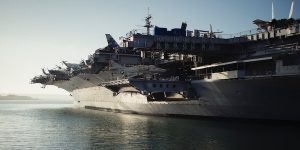 The government budget is limited to the amount of taxes collected, plus the amount of debt our country creates, which means there are only so many dollars to go around. With all of the rhetoric surrounding military build-up, it is likely the new budget will have significant changes to spending initiatives. To keep your business bringing in those important and lucrative government contracts, you need to look at likely areas for a budget boost.

Military and homeland security initiatives are a big part of the campaign platform that elected Trump; this should be an area pushing a lot of business for government vendors and contractors, but it is not the only place to look for new contract opportunities.

One promise that was repeated throughout the campaign trail was bolstering the military and removing the defense sequester. This change will create a whole new budget for the military, with much of it geared toward spending in key areas. In total, Trump plans to spend between $500 billion up to $1 trillion more on the military in areas such as,

These goals are in addition to spending on the Missile Defense System and Cyber Security.

In addition to direct military spending, the Department of Homeland Security may be looking for contractors. Promises to beef up border security may translate into facial recognition software, additional checkpoints and more security forces needed to maintain the integrity of the U.S. border.

Although military spending has dominated a lot of the campaign conversation, infrastructure is another element President Trump has pushed. The president acknowledges the need for improvements to roads, bridges, ports, airports and other major systems, meaning there could be a lot of spending on construction projects. That change would be good news for civil engineering firms, construction companies, raw materials suppliers, architects and other businesses with associated products and services.

Given the new president’s plans, this spending could easily reach the same level as military spending, driving a lot of revenue to companies who land portions of these projects.

Another area that may see a sudden windfall is the energy sector. If President Trump follows through on his plans to make America the dominant player in energy production, he could open up a lot of potential areas for growth. With coal and natural gas the two most common sources of energy in this country, mining companies and any business in the supply chain could see increased opportunities.

When one budget line gets bigger, another must shrink. For every dollar going to defense spending and infrastructure development, one must deviate from areas like education, healthcare and social programs; with these agencies facing big budget cuts, competition for the remaining contracts will be fierce. Fewer contracts but the same number of service providers means that some businesses will lose contracts in the coming year.

Now is the time to prepare for these changes in government spending habits. If you can pivot your products and services to work for the defense industry or architectural investments, you can continue to draw in prospects and win contracts. If not, you need to be even more careful during your capture management process to dot every “I”and cross every “T.”